L's terribly unscientific way of narrowing down her voting options was to not vote for any candidates who stopped her outside the polling station and asked her for her voting intentions or for her card number. I hope for her sake it wasn’t another party playing the double bluff and pretending to be somebody they weren’t.

My method, of not voting for anyone who direct mailed me election material was blown out of the water when they all did.

As I cycle home I wonder what a chap is doing standing in the centre of one of the roundabouts in Spondon waving a placard. Then I realise he's promoting the BNP and amazingly no one has tried to run him over.

Son doesn’t intend to vote, despite the fact that a lot of his mates appear to be doing so and that L’s really been on his case about it for the last few days. He ought to take an interest really, as someone who’s becoming a University student in September, the differing polities towards student finance should interest him.

I'm one of the few people who love a good election. So after a family meal out at L's parents, I grab a few hours sleep before getting up to watch the results come in. The TV news shows long queues at polling stations and people being locked out when they closed at 10pm, making us look like a third world country. Although anybody who takes all day, when the places have been open since 7am, to get to the polling station doesn’t really deserve any sympathy.

The BBC coverage of it all is appalling, even David Dimbleby seemed bored with it as we get pictures of cars, which may or may not contain important politicians, speeding down motorways and a debate on a boat rather than actually concentrating on the results themselves. 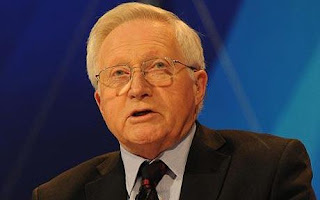