Today’s ‘dogging’ extravaganza is up in sunny Scunthorpe, which indeed it is today. Doggo starts well with a clear and keeps that up throughout his three runs. Although the speed of his last run, late in the day, takes slow and steady to new heights. Speed wise, he doesn't do afternoons. By contrast MD does most things in a rush, a habit I don’t wish to knock out of him. So although he runs really well today, in fact the best he has run, smoother and quicker than before, he still doesn’t go clear. Next week... didn’t I say that last week?

Daughter texts to ask if Armenia are in World Cup. It’s good to see she’s taking an interest but unfortunately they’re not. 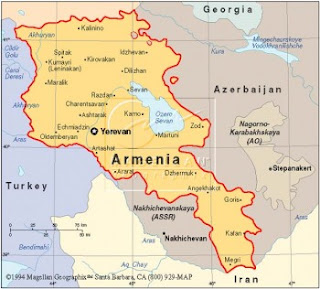 When I tell her this she switches her allegiance to Benin. Asking me if they’re any good? Well no... not really, and more to the point they’re not in the World Cup either.

I think she’s after a quirky underdog to support. So just who are the underdogs?

According to the bookmakers, the country with the longest odds are New Zealand but they’re hardly quirky. Then come North Korea, un-Democratic People's Republic of Korea, who could possibly be described as quirky... but would most likely be labelled as a secretive Stalinist dictatorship who may be inclined to nuke anyone who beats them. So to Honduras who might fit the bill as might Algeria, who are the weakest of the African nations to have qualified.

Back in Nottingham we have the best curry we’ve had for a long time. Full praise to the Laguna Tandoori Restaurant. In fact all of the dishes that the four of us have are excellent, well I can vouch for three of them anyway. I’m too full and not that much of a pig to sample all four. Well, I'm too full anyway.
Posted by FitForNothing at 4:00 PM