A Pleasant Way To Spend The Morning

L blows the lie-in this morning. We’re at Cotgrave Country Park for the Paws 10k, which is in aid of Dogstar Foundation. She’s running it, I’m not.

It seems quite a nice course. Carefully disguised multiple loops by using different but parallel footpaths, sneaky. This means it easy to watch; from one location you can see the race at three points. 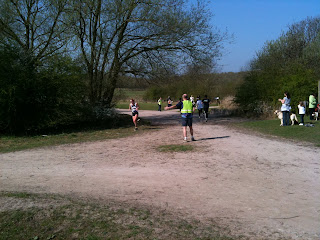 It’s quite a pleasant way to spend the morning, for me and the boys, watching not running, sat on an old lock gate over looking Herons Lake, in the sunshine. If you do the fun run you even get to chase the race mascot ‘Harry The Hare’. Cool. 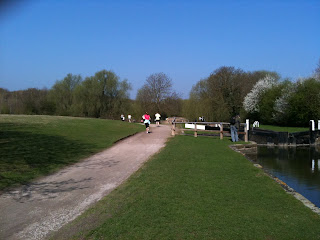 L does well, showing that she can easily cope with two races in two days but can she do three in three?

In the afternoon, at the match, Derby limp to another point as their season draws to an unexciting close, a bit like the rest of it really.

Then in the evening, we’re at the cinema.

‘Hurt Locker’ opens with a failed bomb disposal attempt in Baghdad, during which the team’s leader and disposal expert gets killed. The story concerns his replacement, Sergeant Will James who at best can be described as a maverick. When James arrives, Bravo Company have thirty-nine days left to serve. It will be a long thirty-nine days for James’s team of Sanborn and Eldridge, who are simply happy just to keep their heads down and stay alive. Consequently they are shocked by James’s unnecessary risk tasking and rightly so.

I didn’t understand the opening scene. The bomb that kills his predecessor is triggered by a mobile phone but rather than shooting the guy with the phone, the other soldiers rather tamely shout him to ‘put down the phone’. This kind of sets the tone for the rest of the film. It’s all good exciting gritty stuff with a good dollop of suspense thrown in but it's also probably totally unrealistic.

Hurt Locker is not my usual sort of film but I felt I had to see it when it won lots of awards. It’s a decent film, well acted and well made but, as you watch it, it certainly doesn’t strike you as anything that would be likely to win any awards. It’s entertaining but at the time it didn’t really occur to me just how unbelievable it all was until I started writing a review of it. 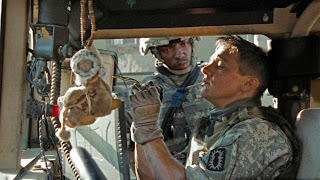 For a start the bomb disposal team hardly seemed professional even before James arrives to disrupt them. They seem to wander around Iraq a bit like we used to around Nottingham as students in between lessons at Uni.

Then James arrives and things get even more reckless. He clearly gets an adrenaline rush from disarming IEDs (improvised explosive devices), regardless of the risk to his safety or that of others. Preferably he’d like to be peppered with sniper fire whist he’s doing it. Which may be fair enough, maybe, but would the army really let him get away with being so reckless? His attitude puts others at risk. Anyone behaving in that way would either be severely disciplined or severely dead. 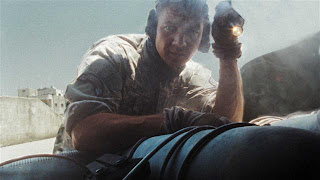 He refuses to use the bomb disposal ‘robot’ and annoys his colleagues by removing his radio headset. At one stage when he encounters a car bomb he removes his protective suit as he looks for the trigger wire. Brave or just plain stupid?

Then when he encounters the dead body of what he thinks is a young Iraqi boy he had befriended, that has been turned into a body bomb, he goes off on one and attempts to find out who is responsible. In Baghdad, on his own, at night. Then he simply wanders back through the streets to the compound. A bit far fetched I would have thought. Then he enlists his team to help him pursue his personal quest and gets one of them shot in the leg. 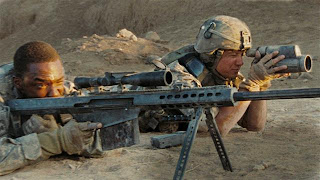 We never quite get to the bottom of why he behaves like this. We just assume he’s a nutter. We do see him back at home with his family, visibly bored. Without the stimulation of war he is nothing. So at the finish we find him back in Iraq, ready for another year in the war zone.

So it's another gung-ho American war film then, realism suspended, but gets the best picture Oscar. Sorted.

On the way home we visit the late night chemist. Daughter got bit by a dog on her paper round. Not one of ours by the way. She’s fine, it didn’t stop her going out tonight. This is why we haven’t rushed to get her antibiotics, not much point until she’s finished boozing for the weekend.

Talking of boozing. Son hit us at a weak moment last weekend, in the pub, when we were a bit oiled, and we consented to a small teenage gathering. A small gathering that seemed to grow in size as he talked about it... but everything seemed to go off ok. He even keeps them upstairs. This was good for the rest of the house and presumably very cosy.
Posted by FitForNothing at 4:00 PM