End Of A Beautiful Relationship

It's a grotty morning, ideal cycling weather... I’m the car and already getting well into my new John Grisham 'The Pelican Brief'. 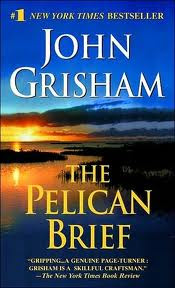 One thing though is spoiling it so much. The lead character is a young female university law student called Darby Shaw but what I can’t get out of my head is that in the film she is played by Julia Roberts, Ugh! 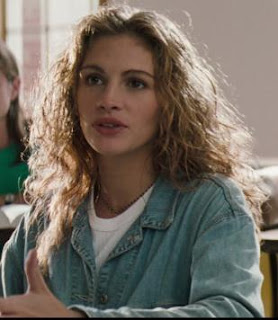 Meanwhile L’s beautiful relationship (her words) with The Count Of Monte Cristo is over. She finished it. The book that is. Next up may be Victor Hugo’s Les Misérables... Which is a bit of a tomb, even on audiobook but L likes a massive book. She’s a self confessed book snob. I’ve always thought it sounded an interesting story, just can’t understand why they decided to ruin it and turn it into a musical.

I wonder if it’s possible to be an audiobook snob? L says not.

There’s now an age-grading calculator on the Runner's World website. This aims to iron out the injustices of age and even sex on your performance. That’s sex as in gender and not as in any pre-race rituals.

So when a younger man overtakes me during the Birmingham Half Marathon next month with only a mile to go all I have to do is mutter C’est La Vie under my breath and console myself with the knowledge that I only have to achieve 89.95% (or whatever the factor is) of his time to have ‘beaten’ him. Nice idea... but it’s just not going to happen.

And what happens when a young girl sashays past, flicking her bouncing blonde ponytail in my face and waving her Lycra clad rear at me in defiance? Will I think it doesn't matter because the stats will give me an 'adjusted victory'? No, of course not, I'll follow her and then try to sprint past her on the line.

L’s out doing a bit of sashaying herself tonight, because I dropped her in the middle of the A6 and consequently she had no choice but to run her Mum’s, from where I will pick her up later after training. She did actually asked to be dropped off there.

Doggo gets 10 minutes to brush up on his contacts at the end of MD’s training. He’s brilliant, as he always is in training. Now can he please not show me up in Sunday inter-club match?