It said ‘a potential road PB course’ on the entry form. Hmmm. What they didn't explain was that that only applies if you limit your race entries to the Barnsley postcode area e.g. in this hilly part of South Yorkshire.

At the race briefing they even had the audacity to describe the course as ‘almost flat’. I’d actually looked at the race profile on the website and it wasn't flat at all. They clearly have a sense of humour up here.

After a minutes silence, as its Remembrance Sunday, they walk us forward to the start line on the main road. The start itself is a touch chaotic as people push and shove a bit to get over the timing mat which only went half way across the road. In fact it took me longer to get across the start line than at many much bigger races but I suppose with chip timing it doesn’t really matter.

The pace is immediately very fast. This race apparently always attracts a larger than normal proportion of quality runners and today appears to be no exception. In fact Liz Yelling holds the female course record.

Liz isn’t here today and she isn’t a Yorkshire lass anyway but there’s still plenty of Yorkshire grit on show and that’s just the women. They breed ‘em tough and fast up here, as well as immune to the cold, in their lycra shorts and skimpy top in all weathers. I can’t keep up with hardly any of them and my view of the race is a sea of bobbing pony tails disappearing off into the distance, and that’s just the men. 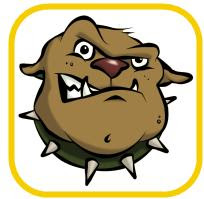 My first complaint, cause there’s going to be one, and it’s a big one, is why the mile markers? It’s a 10km race, so obviously it needs to be marked in kms. Surely, that goes without saying.

I’ve seen a few races do this and it is only a few but I've no idea why they do it. Its no help whatsoever when you’re trying to pace yourself. Surely it's not a case of not wanting to spend money on km markers because they’ve already got a set of mile ones... This race did splash out on chip timing after all.

Still having recalculated my splits for a sub-40 minute 10k from a nice round 4:00 minute km to a slightly obscure and eye watering 6:25 minute mile, that’s as opposed to my recent 7:20 half marathon pace, I give it a go. Despite the not the flattest of ‘flat’ courses, I impressively (I think) and painfully, attack the course and was on my 6:25 pace for most of the way.

I survive the early climbs they chuck at us, in a successful attempt to soften us up, and the traffic that got among the race and at one point turned left across us. I was on my pace until the long, almost two mile, uphill drag to the finish caused me to effectively chuck the towel in. With hindsight, I could have probably run it better had I know that hill was coming and left something in the tank. I’ll know for next time...

Still a good time, 41:10 (chip time) and I think I may have enjoyed it, a bit. I think. Apart from the red t-shirt, it is never good to see red when you cross the line.

L was ecstatic with her time and I feel slightly outdone but we gloat together later in the Lincolnshire Poacher and she even lets me take her for curry.