It’s a touch cold when we arrive in Shepshed for the Shepshed 7 race and it’s not even as if it’s a crack of dawn start. Kick-off isn’t until 11am.

I ran this race three years ago and didn’t particularly enjoy it, too much off road for me. Nice smooth tarmac is what I like. So I haven’t been back since. L though has never done it, so it’s a nice treat for her... I think she’s also taking it quite seriously, right down to the aerodynamic sports bra. Think Madonna in Vogue. Red hair and now Madonna gear, she’ll be singing next. It does looks good though, on as well as off, but I digress.

Looking back at my performance in 2007, I put in some cracking split times, well suicidal ones and I feel well intimidated by myself of three years ago.

This week I have split the dogs up in the car, to try to prevent them egging each other on in a chorus of howling. It kind of works. MD appears mute, which is slightly unusual, ok very unusual, but Doggo makes a pretty good attempt at going solo. 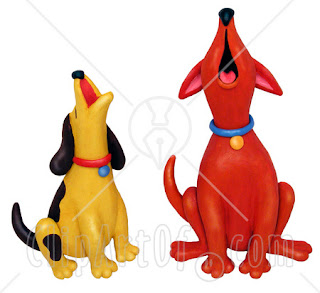 Then we line up at the start among the impressive 536 entries. The course, to me, is a lap around the muddy playing field followed by roughly half a mile downhill, before about a mile on the flat and then uphill for the remaining two through a quite picturesque private country estate. Seems more up than down to me, which is perhaps why I didn’t like it much last time. And then we do it all again, as this is a two lapper.

As expected, at mile one, I’m already well down on my splits from 2007 but my pace isn’t too shifty. I catch up a chap who is wearing a special running vest that tells us he is doing ‘50 races in his 50th year’ and that this one is race number three. Ah, L won’t be happy when I tell her, that's idea theft, he’s pinched her idea. He’s also got the dates of his 50th year on there and as he was 49 right at the start of October, I reckon he’s already a little off the pace. It's five weeks in and this is only race number three. I pass him and wonder how I’m going to break the news to L. As I say she won’t be happy.

Then when he later re-overtakes me, I’m not happy either.

As I climb up the hill in the final mile, I pass the 10k point and it’s pleasing to see I’m actually faster than last week and that’s with saving a bit for the last .8 of a mile. It’s still in the 42’s though, so I’m not totally ecstatic about it.

The race goes ok. 68th I think. Over a minute slower than 2007 but I expected that and I did have a few beers last night, not that they seemed to hold me back.

It’s a well organised race with a nice technical t-shirt that I will actually wear and most importantly it’s not red. Well mine’s ok, I pick a medium and it’s a perfect fit. L’s t-shirt choice doesn’t go quite so well, they’re all out of smalls and her medium turns out to be blank, with no logo. In fact all the remaining mediums turn out to be blank, so I give her mine and grab a large for myself. Gallant or what.

We head home and after a hot bath take Daughter with us for Sunday Lunch. Hobgoblin is on at our local which is a cruel trick for a Sunday.

Daughter goes out later, so with the dogs comatose and of course Son in Warwick we have a quiet house all evening. Which brings back memories. Those were the days, before dog ownership and children who stay up until midnight.