I Have The Bruises To Prove It

I ought to have run to work this morning but a sore ankle, a sore knee and the icy conditions persuades me to take the bus. My two ailments are on different legs. This makes developing a sympathy grabbing limp almost impossible. I just end up walking like Quasimodo which impresses no one.

As ever on the bus, I am the only person who removes their coat after they sit down. What's a matter with these people? Didn't they're grandmother tell that what mine did? That you won't get the benefit when you go back outside.

Apparently, according to something I found on the internet, the fastest speed achieved by any projectile (such as a ball) in sport is 206 mph and that was a badminton shuttlecock.

A squash ball must travel faster than a volleyball? A quick Google reveals several unproven reports of a squash ball travelling at 178mph. I will have a go myself later.

By the way I have no idea what the sport of jai alai is. I thought it was a chilli based dish.

The trick for getting the bus back home is to correctly pick which of the two buses arriving at 5.35 is the one that's come all the way from Chesterfield because this is the 5.20 and it’s always late. Because it’s late you can claim a free ride. Tonight I guess correctly. Bingo.

I think I’m on a promise tonight. L mentioned something this morning about booking me for 10pm... unless that is Mika’s on the TV and she wants me to rehearse before next week’s big occasion. She is cooking when I get home from work which means an early meal which sounds promising... or ominous. 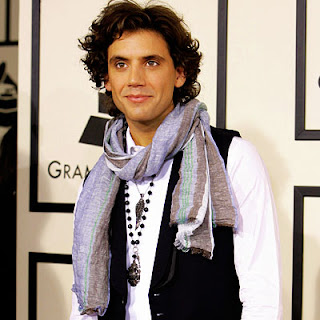 First I have to survive squash which I do and I win my one game, that's three in a row. This year is going well so far. I might have to try and be more ambitious.

No Mika on TV. Phew.
Posted by FitForNothing at 4:00 PM