A Man After My Own Heart

Having delayed L getting up, I volunteer to walk the dogs. Though it’s not too icy today, I bet she wishes I’d volunteered yesterday, when it was truly hell on ice. The skittish one, as L calls him, was relatively good, although I did have to remind him how to behave a few times but I think he took it on board.

More news on the campaign to keep Victoria Leisure Centre open, at least until planning permission for a replacement has been granted. There is now an online petition.

Originally the council agreed to fund the centre until March 2011, by which time it was hoped a replacement would be close to being available. However now the council has changed their mind and the centre will close on April 1st. They have been trying to close the leisure centre since 1993 and it looks as if they may get their wish this time. Whilst I'm not great fan of Victoria, closing it and not replacing would put an intolerable strain on the other centres, some of which are already heaving.

I also think the proposed redevelopment plans are a mess and will do little to enhance sport and leisure facilities in Nottingham but that’s another story. If the council for once actually put together something that people wanted and would use then they might find that they'd actually make some money from their investment rather than forever having to subsidise it, as is the current case.

Squash is called off at the last minute as my opponent cuts his finger loading the dish washer...

So I have to hastily rearrange my fitness schedule and I meet L at the Tennis Centre gym, where I do 16km (10 miles) on the bike. I’ve recently started reading a new book about cycling called ‘The Hour: Sporting Immortality The Hard Way’, it’s written by a chap called Michael Hutchinson who is a rather successful British time trailist (that’s cycling by the way). In it he decides to have a crack at the ‘hour’ record, which is how far you can ride a bike in an hour, which was at that time held by Chris Boardman. 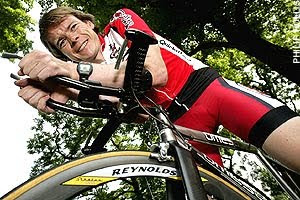 Well Hutchinson likes the science side of the sport, a man after my own heart, and mentions that he reckons he can generate around 400 watts of power for an hour and that should put him close to Boardman’s record. Wrong. When he attempts the required pace in training 400 watts is nowhere near enough, turns out he needs to generate over 500 to get even close, which caused him to have a bit of a rethink. Anyhow, my point is, as I sit pedalling away, at a furious pace, generating a lot of power... I see the power readout on the bike reads 200 watts. Ouch. So I’m no Chris Boardman nor Michael Hutchinson nor even half a Michael Hutchinson for that matter. As I draw to the end of my session I see what I can push it up to. Eventually I reach 300 watts, for about two minutes. Hmmm. No ‘hour’ attempt for me just yet then.

It’s been lurking in the freezer for nearly a week now but tonight we finally bite the bullet and cook the conger eel, well L does anyway. I’m always up for something new but it’s possibly the boniest fish I've ever seen. So not sure we’ll be having it again. 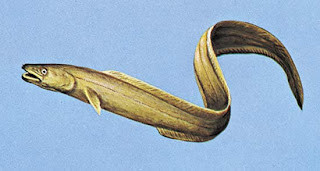