I had intended to reinstate the early morning run, once a week. However after a manic park session last night MD looks so creased that I daren’t run him and going without him is almost unthinkable. Oh the tears. L, who is on a day off, persuades me to abandon my running plans and snuggle up with her instead. Resistance, I hope, is futile.

It appears that most of the football clubs in the land are falling over themselves to ban vuvuzelas from their grounds ahead of the coming season. Don’t know what Derby’s plans are? I don’t want anything disturbing my nap when I go there. 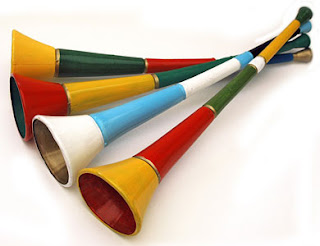 I think our neighbours may come round and throttle the dogs because of the new toy L bought MD at the weekend, MD loves it, although Doggo obviously thinks it’s his. It’s a squeaky space hopper, although I've yet to see either of them pogoing around the garden on it. 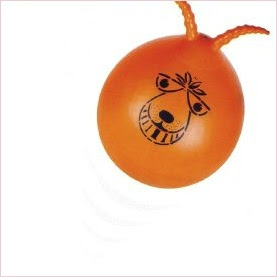 Training happens tonight and goes well, then it’s back home for the cycling... to see if Contador gives back the time he stole... he doesn’t. So not that sorry then.
Posted by FitForNothing at 4:00 PM