Its -3 outside, so it’s going to be icy isn’t it? But I really need to bike. I can barely walk, so running is out of the question but I need to do something, so bike it is.

It turns out to be not too bad at all, there are a few patches of ice but they prove easy to avoid. Less easy to avoid was the suicidal buggy woman who materialised out of nowhere, weaving frenziedly, Meerkat like, in and out of the gridlocked traffic through Spondon. If I hadn’t quickly put the anchors she would have scuttled headlong in to path and would be now wedged in my front forks.

The dogs got a ‘treat’ of sorts this morning, we're out of dog food, so they had bread and left over Chinese pancakes for breakfast. The kids have eaten most things in the house whilst we were away but I didn't think they'd started on the dog food, well I hope they didn’t.

I participate in the BBC Strategy Review Online Survey this morning. Most people are up in arms about the proposed axing of 6 Music, so as usual I can’t resist saying my piece.

The Director-General proposes that they cut back on populist programs and stop ratings chasing by offering ‘something distinctive and better than other broadcasters’ and ‘its radio stations should play pop music that other radio stations don’t’.

So how does that tally with the proposal to ‘Close Radio 6 Music and focusing the BBC’s pop music output on Radio 1 and Radio 2’... Short answer, it doesn't.

In fact isn’t that statement totally the wrong way around? Doesn’t that sentence describe in an instant where the BBC is going wrong?

Naturally there's a Facebook group 'Save BBC 6 Music' and a petition. 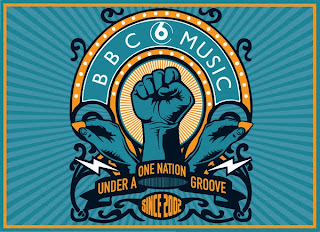