It’ll Be Alright On The Night (Maybe)

I’ve been dreading going in the car this week but I knew it would be unavoidable at some point. That day has arrived and yes, the traffic was awful.

My knees are still a bit sore so I make use of the sachet of joint aid, or whatever it’s called, that they slipped in to my goodie bag on Sunday. It’s quite a pleasant drink actually. Whether it does any good or not is another matter.

It probably ought to be me taking L to the romantic film this evening rather than Daughter, as it’s our anniversary today, but never mind, I’ll make it up to her at the weekend. I shall take her somewhere romantic on Friday, like the Plough... with the dogs, she’ll like that.

I think tonight’s film is a good one to have avoided to be honest. It’s called ‘Leap Year’ and it’s a romcom, so you can deduce the entire plot from just those two bits of information and save yourself some money. 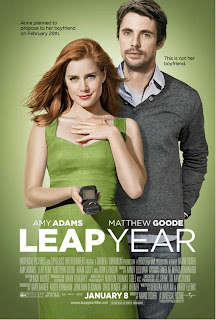 I have a vital Crufts training session tonight but first its MD usual class. What starts out as a bad session turns into a good one when it is pointed out to me that the reason he’s cocking things up big time tonight is because tonight’s course is mainly anticlockwise, meaning he is on my right. When going clockwise, he’s fine, as he’s on my left. So something to work on there.

There are no such positives in Doggo’s training session later, as we practice for next week’s Team Agility event at Crufts. The four of us in the team try various different sequences, e.g. who runs first, second, third etc without any of them working. So we return to plan A which means Doggo and I will again run first, just like last year. None of the dogs seems to get on together tonight, which does not bode well. I’m sure it’ll be alright on the night, maybe.

My specific problem was that Doggo just didn’t seem to like having other dogs around him on the start and finish line at all, which when it’s a team relay is kind of unavoidable. This has never bothered him before. So I think its best that he goes first, then he might not realise it’s a team event, until it’s too late.
Posted by FitForNothing at 4:00 PM