If There’s A Race To Be Had, We’ll Find It

The 10k the night before we went away goes well, for both of us. I’m happy with my time but I’m sure I would have been quicker but for the uphill track last lasted for almost the entire second half of the race. 5k of the very straight and the very boring. I wait at the finish, in my personal trainer capacity as well as my supportive partner capacity, hoping for a good time from L. Within four minutes of her target time, that I’m trying to train her up for, would show we're moving in the right direction. She gets within two. Well chuffed and that's just me. Actually I think I’m more pleased than she is.

The next morning we head off down to the New Forest in glorious weather. Once there, in a village just outside Fordingbridge, we set up camp at the dog show... naturally there was a reason for coming down here. Then we head off to sit outside the local pub and soak up some rays.

Friday, the first day of competition, dawns cold and wet, of course. The boys struggle a bit. Doggo gets an elimination though I was pushing him, then goes clear in his second run but is outside the places. MD has a few poles on some tough courses including a tricky Olympia qualifier.

The weather is better on Saturday, well a bit. MD’s only run sees him get a few more poles but Doggo is clear in his two events, including in his Olympia qualifier, although just outside a rather tight time limit.

That’s it for competing for the boys but on Sunday we head into Salisbury for a 10k there. Naturally if there’s a race to be had, we’ll find it. In fact there are many distances to choose from but 10k is enough really. We are on holiday after all. We were all going to do it, the boys included as it’s a dog friendly event. Though I would have had to have started at the back with them which would have been tough psychologically obviously, for the boys as well as for me. Doggo does like to be up front, just like his master. In the end though only L does the race. The weather has turned hot again and it’s just too warm to run the dogs or to leave them in the car. So the three of us settle for a spot of supporting instead. 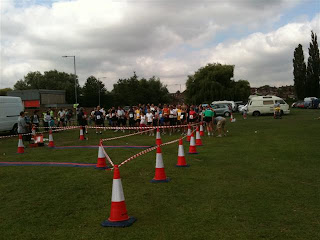 The football season opens and Derby start with a win, away from home and against Leeds. Seemingly all my Christmases have come at once. Every dawn though, in their case, is usually a false one and they follow this with defeat to League Two Crewe on Tuesday night in the cup. Same old Derby then.

Monday is a trip to the Dorset coast. 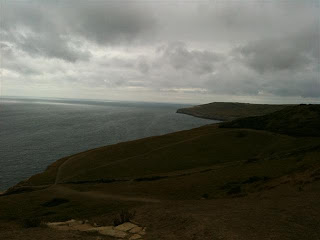 Whereas Tuesday and Wednesday see us walking sections of the New Forest. In the rain on Tuesday and in the nice weather that Wednesday brings. There are plenty of horses for MD to get lippy with. 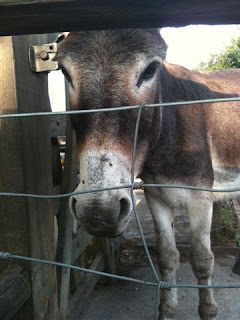 Then Thursday its home time. We have some serious raving to do over the weekend.