Crawling Back Under The Duvet

It’s a bit cold tonight but worse than that they’ve dumped a load of grit on the road which will make a right mess of my bike. So I crawl back under the duvet this morning.

I stay there a touch too long and just about make it on time to work but end up eating breakfast at my desk... L too ends up having breakfast at her desk. Rebels, we both are. Her excuse, probably, the deer having a bit of a MD problem, nothing they couldn't handle I would think.

She forwards information to me about the hilarious ‘Shake Weight’. 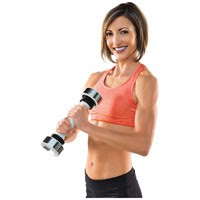 Which amazingly seems to be genuine. Although according to all the fitness magazines there is no way it would ever work and it’s already been rightly pilloried in an episode of South Park. I don’t think she intends to put one on her Christmas list.

We have a bit of dog trouble in the pub later. Well, to be more accurate, we have a bit of customer trouble. Some drunk crawling on the floor in front of Doggo which he seriously doesn’t like. I don’t think the chap liked being told off by him. He was lucky, some dogs would have bit him. Doggo doesn’t bite. Even if he had wanted to give the annoying guy a nip, he'd struggle, he’s hardly got any teeth. Whole thing freaked L out thought, so we might not be going there for a while.

They’re out gritting the roads again tonight. Probably an overreaction.