Hindsight Is A Wonderful Thing

Before we leave we drive up the Kirkstone Pass, where it's been snowing overnight, to see if the pub is walkable. It isn't. 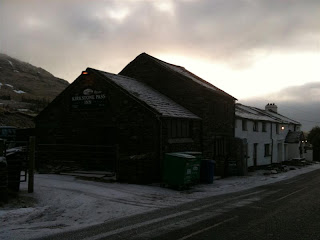 Then we finally take a look at the Langdale Valley and by now it’s practically snow free. I’m sure the race could have been on. Sunday’s especially. They could probably have staged both days’ races on the Sunday but I guess they didn’t know the thaw was going to be as quick as this. Hindsight is a wonderful thing. It would be nice if they re-scheduled it for when we're next up here in January. We couldn’t be that lucky could we?

Then when head back to Nottingham for the main event of the day, Daughter’s parents evening. Which is totally surreal. I come away feeling we’re been discussing the wrong girl because nobody had a bad word to say about her. Surely she must have been crap at something? Surely she must have been a pain in the rear to somebody? Apparently not. Quite a transformation from a year ago.

Then finally, to round the day off, dog training. MD has been stuck in the car for most of the day so it gives him chance to stretch his legs and vocal chords. He doesn’t disappoint.

I get home to find that Blackburn Rovers have attempted to trump Newcastle United for the award of most ridiculous sacking by dismissing Sam Allardyce. Incredible. I don’t think anyone saw that one coming. 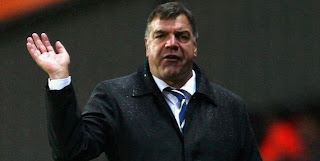