In Need Of A Brown Paper Bag

It’s a bit cold this morning, especially on the bike but in the home it certainly isn’t, despite what the girls in the house might say (it’s never warm enough for them). The central heating is still working.

I feel sorry for a fellow cyclist who stops to let out at motorist from a side road and then nearly gets mown down by another car turning left from behind. He won’t do that again. Most cyclists are this nice to motorists when they start out, usually being one themselves, but it soon gets battered out of you after a few months cycling to work.

L got her bike out as well today, or the dreaded bike as she prefers to calls it, and made it to the pool for a swim. Seems she was pleased she did. As not only did she get a bike and a swim, she got to share the pool with a lifesaving class, complete with allegedly hunky lycra clad lifeguards. Glad I missed it.

I try and administer the kiss of life to Daughter’s ailing ipod, well itunes does. Not that itunes has ever achieved anything positive for me and it doesn’t for Daughter’s ipod either. It’s making a strange noise, I think something terminal has gone inside. It appears to be an ex-ipod, a deceased one. Funeral arrangements and where you can send flowers to will be announced in due course.

The hell of technology problems. Our CD drive at home is also deceased, so I churn my way through twelve disks of Sophie Kinsella converting them to mp3, so that I can bring her home with me tonight, for L you understand. Now all I need is the digital equivalent of a brown paper bag to cover that part of my hard drive, in case I get caught with something dodgy on my computer. 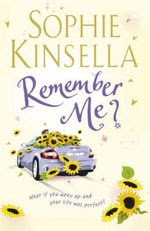 In the evening L takes Doggo out for a walk. I take MD to class. He’s such a well behaved dog at class, no idea why L moans about him.
Posted by FitForNothing at 4:00 PM