Luckily For Him, I Don’t Die

Did you see that some chap put posters up on the London to Brighton Bike Ride in an attempt to head off attempts by his wife to divorce him? I wonder what he'd been up to. He probably overtook her on a previous bike ride or in a 10k or something or perhaps he set her too tough a training schedule when he offered to be her personal trainer. Any of these would explain why she blanked him at the finish line. I best watch my step. I wonder if he did the ride as well and overtook her.

On the day that it’s in the news that bees are dying out and that this will cost the UK economy anything up to £440m per year (about 13% of the country's income from farming), L has a bee problem at work. She says they keep popping up from somewhere under her desk, through the floor perhaps and she reckons some are even burrowing through the wall. It sounds like something from a James Herbert novel. 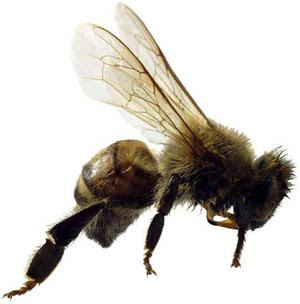 Of course, she’s not allowed to kill them; they’re an endangered species you know. So she can’t even keep them at bay with a rolled up newspaper. In fact she has to get permission from some official beekeeper to get anyone to come out to deal with them. At this point I would have thought deserting her post and going home would be a good option but she can’t until the beekeeper has made an assessment. This all seems above and beyond the call of duty. Eventually, someone on behalf of the beekeeper makes an assessment... over the phone. They are masonry bees, so tomorrow they can be killed.

In the evening it’s the first race of the Nottingham Grand Prix, my fourth year of doing it. I don’t usually do events four times over but what else is there to do on a Tuesday night. Well there’s dog training I suppose, which I have to miss tonight for this. What will my training colleagues do for fitness advice tonight or for that matter PC support? This is fast becoming another hot topic of theirs. I really should have kept my hobbies and career to myself.

It’s a nice night for a run, a bit warm perhaps and there’s no wind, not even off the rowing strip. As it’s a predominately flat course and I’m feeling fit, I feel it’s time for Plan A. I’m going sub-40 tonight.

Well I was feeling fit... but now as I get ready to start I’m struggling with my breathing a touch and I haven’t even started running yet, perhaps it’s a bit of hay fever. I also seem to have a stiff shoulder, the side effects of cycling 75 miles I suppose.

Off we go. I set some good sub-four minute split times for the first 4km and I get nicely paced through these by a chap I latch on to. I struggle to hold him after 4km and I let him go. Someone else catches and passes me, so I run with him and he drags me along for another two km. I repeat the process and get paced as far as the 8km point, where although I’m now doing slightly over four minute splits, I'm still on track, just.

Then at 9km I’m off the pace, five seconds over target pace, so I need a gargantuan effort to get back on track. Something my legs don’t have left in them and I’m twelve seconds down at the finish.

My legs give way, I collapse and crawl to the drinks table. The St. Johns man eyes me suspiciously but he doesn’t put down his cup of tea. Luckily for him, I don’t die. I recover and go find my ever supportive parents and then cheer L in.

Looking back, I was quite consistent all the way through and my overall placing was good plus only two of the 172 women beat me. This is always a good indication. So a good effort I reckon. Almost happy.
Posted by FitForNothing at 4:00 PM