Cycling to work was terribly hard work this morning, which doesn’t bode well for the weekend.

I've always had a very soft spot for one of my local non-league clubs Ilkeston Town Football Club and have watched them on many occasions in the past. So it's been very sad to see them in their current financial plight which culminated with them being wound up in the High Court today, over £50,000 of unpaid taxes. Hopefully the club, who were established way back in 1894, can still be saved and they are appealing the ruling, claiming that they have transfer funds of £20,000 due imminently and parties interested in buying the club. Their scheduled Conference North fixture at Redditch United will not take place this weekend. 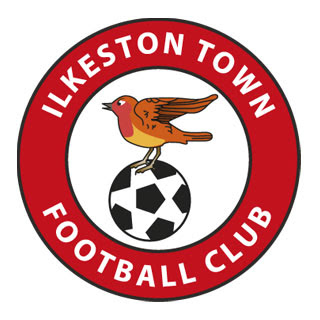 After work I pedal off to the pool. L says 'do a few for me'. Ok, I will, but not many. I have enough problems getting through my own quota. My quota takes less time than I had anticipated as I end up having to share lane number three with a ‘psycho’ doing flip turns. A psycho in lowly lane three? I ask you. What’s the world coming to?

On the plus side, I’m actually about his pace, apart from the flip turns that is, which enables him to gain a few metres on me every length. I consider attempting my version, the flop turn (trademark applied for... maybe), but decide against it, figuring it will just make me slower.

When I think I've done my 30 lengths, I'm hopeless at counting, I do a few more ‘for luck’ and perhaps on L's behalf. On number 32 I get cramp in my foot. So I stop and massage it. On number 33 it spreads to my toes. I stop on 34 when it becomes clear, that with only one leg fully functional, I’m starting to list to one side. I limp back to the changing rooms.

It’s just so typical to injure myself swimming, again. It is such a dangerous sport. I must take up something safer, Bobsleigh perhaps.

The cramp, or whatever it is, hasn't cleared by the time I go dog training. I know, dog training for three days in a row, it’s seriously overdoing it. This though is an extra session which I have specifically booked for Doggo, his first session with a trainer in nine months, because he seriously needs a refresher course. It means we’re back on the graveyard shift, the 9pm session, which we had given up. I think he enjoys it. He certainly slots right back in and is Mr Prefect, well almost. All the problems that have shown up in the last six months of competition are now oddly absent and seemingly solved overnight. He has clearly been having me on.