All Adds To The Experience

I tried to get Doggo into the vets this evening for his annual MOT but couldn’t get him a slot before Wednesday. So bang goes my excuse for using the car today. It’s the bike again today then. I’ll probably end up sleeping through tonight’s film.

The ride in was a little bit interesting to say the least. Very windy and very decorative as bits of bushes and the odd tree branch are blown across the road like tumble weed. Yes, it’s a bit grim out there this morning but it all adds to the experience.

L agrees. The two collies were apparently in a mega hurry on their walk today. Whether it was their breakfast they were desperate for, or whether it was the grim weather, who knows. I would guess breakfast for one of them, MD the greedy one and the weather for the other, Doggo the lover of home comforts.

MD probably didn’t even get chance to bark at passers-by. Which would have been to L's relief, though she might thank him one day for being so protective. That is if she ever gets attacked by a bear on our estate, like that woman in Montana did, and she doesn’t have a courgette handy. No bear would ever dare come near MD.

We’re at Broadway for a film tonight. L suggestion, although I was kind of interested myself.

Tamara Drewe was originally a weekly comic strip serial by Posy Simmonds in The Guardian. It is supposedly, loosely based on Thomas Hardy's nineteenth century study of country life, ‘Far from the Madding Crowd’ and ran for 110 episodes from September 2005 until October 2007. This was then released as a graphic novel in Nov 2007. 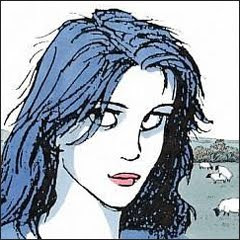 So take a dash of Thomas Hardy, add in Stephen Frears to direct it and then get Gemma Arterton to wear some really brief cut-off jeans and hey, you have an audience. Hmmm, I didn't expect to like this but at least I can check out Gemma’s rear.

After the death of her mother Tamara Drewe (Gemma Arterton), a young journalist working in London, returns to the Dorset village of her childhood, Ewedown. She intends renovate and sell her late mother's house and cash in on her inheritance.

The village, which is tranquil to the point of being in stupor, well that according to the two fifteen year old girls who inhabit the bus shelter there, Jody (Jessica Barden) and Casey (Charlotte Christie), has become a retreat for authors. A place where they can work on their stories in peace without the fear of anything exciting coming along to distract them. Novelist Nicholas Hardiment (Roger Allam) and wife Beth (Tasmin Greig) accommodate a bunk of these literary folk in their own home and what a desperately shallow and stereotypical lot they all are. Among these is an American called Glen (Bill Camp) who is struggling to get published with anything, let alone his current book on Thomas Hardy (naturally).

So when Tam’s Mini Cooper roars down the country lanes she shakes up everyone’s dull but happy (well apart from the teenagers) little world. She also turns a few heads; the once ugly duckling schoolgirl with a big nose is now a real stunner. Tam’s former boyfriend Andy Cobb (Luke Evans) isn’t impressed though, he’s not impressed with her nose job or her new glammed up image but then he once got his leg over the old version. He has a point. Any girl can buy herself a new nose but presumably that cute rear end is all her own work. To which all eyes are drawn as she climbs over a stile in nothing but a skimpy top and an even skimpier pair of cut-off jeans. 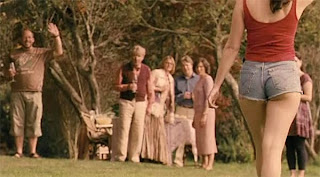 Still, Andy is happy to work on her house for her, whilst Tam starts work on a novel about herself. A touch vain perhaps but she appears to be exorcising ghosts as well. Tam’s father walked out on her and her mother as a child and she says she got the nose job to feel better about herself. 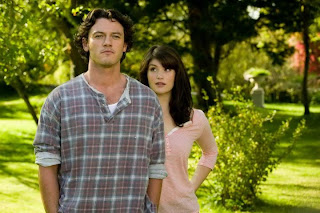 Whilst she’s ‘home’ she also continues her journalist work and heads off to a local music festival to interview one of the members of the band ‘Swipe’. Her interview with their drummer Ben Sargeant (Dominic Cooper) takes place in her kitchen, at first, but quickly moves upstairs to the bedroom. 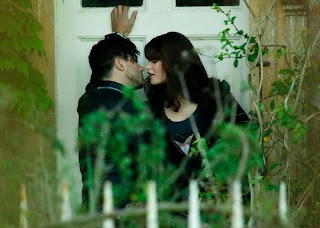 He moves in along with his dog, which has a liking for chasing cows, and when he proposes marriage she accepts, even though he quickly grows bored with the countryside and longs to return to take Tam back to London with him.

This is bad news for one of the teenage girls. Jody is hopelessly in lust with Ben and will stop at nothing to keep him in Ewedale where it’s easier to fantasise about him. She lets herself into Tam’s house and starts interfering with her emails. The two girls seemingly hate ‘Plastic Fantastic’ as they have christened Tamara but are none the less obsessed with her. 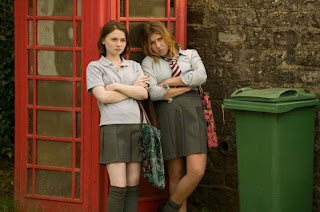 ‘Writers are just thieves and liars’ so says Nicholas Hardiment to his literary fan club and he should know. His wife entertains them for him whilst he’s out cheating on her with other women. When Tam’s relationship with Ben implodes, Nicholas, who the film gives the impression that Tam had a thing for when she was a teenager but got knocked back, moves in. He catches her at a low point and they embark on an unlikely affair. She’s obviously a very flawed girl is our Tam. Girl, you spent all that money on your nose just to be another notch on the rock star bedpost and then to shag a serial philander twice your age. Good call. Plastic surgery will get you everywhere... 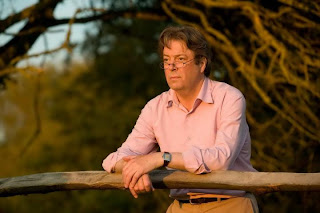 As I said I didn't expect to like this but after a slow start, where the film seemed to wander around a bit wondering which plot line to follow, it settled down and became pleasantly entertaining. It’s clever in parts, funny in others. It’s not laugh out loud funny, which is fine with me, as I don't like comedies anyway and it’s actually surprisingly perceptive. Well up to the dreadful ending that is, which is one of those all too common neat and tidy ones, that’s ends up tarring the film with a stroke of the Rom Com brush.

Plus, I hate happy endings. At least, Nicolas got was coming to him but the graphic novel also killed off Jody. Dead in her bed clutching a can of computer cleaner apparently. My sort of ending but perhaps the 15 certificate couldn’t stomach that. Which means our underage stalker is there for the finale, as she finally gets close to her hero Ben. Then as she comforts him over the death of his dog, the film plays out with Swipe’s ‘Jailbait Jody’. The dark humour of which is probably lost on a lot of the audience who leave as soon as the credits start to roll.

So plastic surgery will get you everywhere... well, seemingly back where you started with the guy who didn’t mind the old you, the old nose... who basically always accepted you for what you are. Perhaps that’s the moral of the story.