I read somewhere that Derby’s pre-season training has involved having the players jumping off forty foot high cliffs in Dorset, all in the name of team building. Hmmm... and we wonder why we get so many injuries. Unless they’re trying to get rid of a few players, then you could sort of understand. 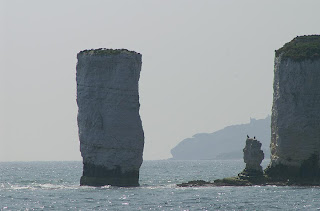 MD’s at the vets tonight for his annual service and MOT. L joins us to offer moral support. We figured MD wouldn’t be happy about it. He’s seriously worried in fact. I think in case the vet tries to hack any more parts off his anatomy. Understandable really, after what happened last time. The vet tries to win him round with some fish treats which MD elegantly spits back at him. His assistant, a young female student vet, has a go too. She gets down on her knees, pets his ears and offers him the treats... Nope. Spit. She can’t win his affections either. It would have worked for Doggo. Might even have worked on me. Doggo’s always liked his female vets, even the one who got to squeeze his glands... come to think of it, particularly the one who squeezed his glands.

L’s personal training plan, devised by me, says she needs to do a timed kilometre at the weekend. However I haven’t measured it yet. So as we walk to the pub later I map it out using the GPS on my phone. Much better to do this on the way to the pub, rather than on the way home I reckon. Although having a dog with me probably still caused me to zigzag a bit.

Tragic news at the pub. Another customer who’s always there with his Alsatian is on his own tonight, looking distraught and carrying a photo... of the dog. L ventures in where I fear to tread, finding out that the dog died suddenly last weekend, aged only nine. Which somewhat takes the gloss off a night’s drinking.