The Hardest And Most Exhausting Thing

L’s describes her new Jonsi album as gorgeous, just like hot buttered toast. So it’s not just dogs then. This is Jonsi of Sigur Rós by the way, although apparently singing in English this time, well mainly. Though probably still not my cup of tea. 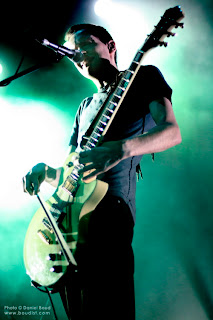 Incidentally, just where did she get the analogy ‘hot buttered toast’ to describe the smell of dogs from. I’ve googled it to death and not found anything. I think she dreamt that one up in her sleep. Not that MD smells particularly hot buttered at the moment, I’m sure he’s rolled in something.

After work, I indulge in the hardest and most exhausting thing I’ve done in a very long time. Yep, I’ve return to the dreaded swimming pool for the first time in months. Well it has been shut for retiling. It does look clearer I suppose and they’ve hung curtains in the showers, so unfortunately now people can use them as changing cubicles again. Sadly there are still only two of them, so there's a queue as well.

I seem to have forgotten how to breathe since I last swam, not that my efforts to remember were helped by the chap in my lane who was a lot faster than me and you do have to try and compete, don’t you.

Tonight I give the dogs and myself a night off training. We do the park instead, not that they look remotely up to it but at least there’s no driving backwards and forwards between Derby and Nottingham all night, followed by standing around in horse arenas.

Oddly later, when it comes to about 10pm, I don’t really know what to do with myself. I’m not normally even home by now and tonight I’ve biked home, swam, done the park, eaten, checked emails, surfed the web and it’s still only 10pm. Surreal. There’s always L to snuggle up to...

Except she reckons she’s got a cold, not that she’s got time for a cold. She's got three races this weekend, now who’s the mad one? Huh? She even used the ‘r’ word herself, so she must be ill. But as for having a cold? No, if it’s not in the diary she can’t have one, it’s as simple as that.

Now where was I? Oh yes, there’s always L to snuggle up to... ‘Good night Dear’. Click (sound of light going off). Damn.
Posted by FitForNothing at 4:00 PM